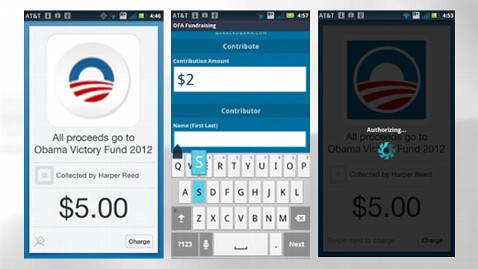 Through Devin Dwyer January 31, 2012 (Image credit: Obama for America) The campaign team that launched an iPhone app for volunteer recruiting and efforts to get the vote for President Obama in 2008 came out with a new tool to raise more money in 2012: the Donation App Obama Victory END_OF_DOCUMENT_TOKEN_TO_BE_REPLACED