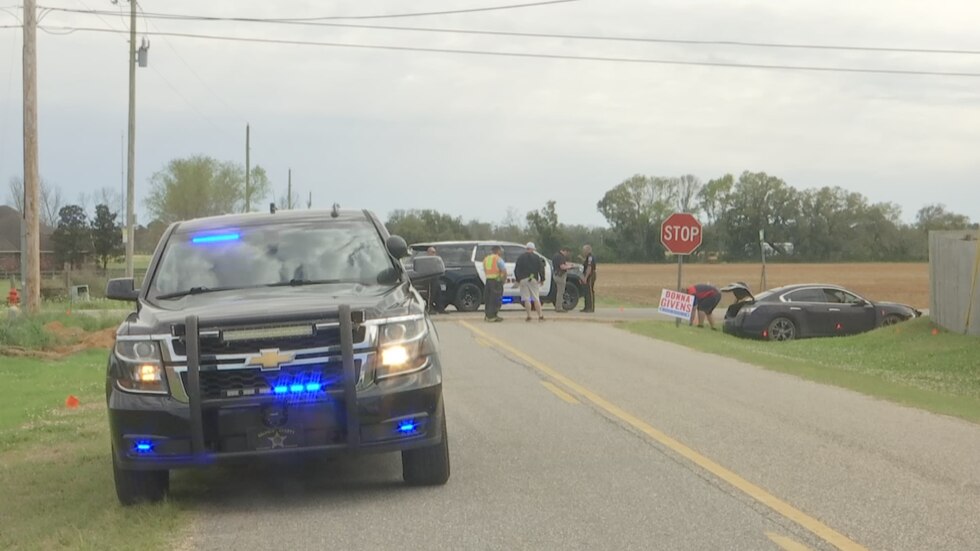 UPDATE: Robertsdale Police reported via their Facebook page that the third suspect, Dorian Richardson, has been arrested.

ROBERTSDALE, Ala. (WALA) – Tense moments in Robertsdale on Saturday afternoon with a shooting launched in a manhunt. A suspect is still at large and considered armed and dangerous.

FOX 10 first learned of the incident when a viewer sent in an exclusive tip about the heavy police presence outside his neighborhood in Loxley.

The victim met three subjects in the parking lot of Central Baldwin Middle School to purchase a cell phone. The buyer didn’t know it would end in terror.

Investigators say the suspects held the buyer at gunpoint and stole a wallet. The three men got back into the car and attempted to escape, but the victim chased them and chased west on Thompson Road.

Then shots rang out.

The suspects shot the victim, and luckily no one was hit.

The cars eventually collided and the suspects ran on foot. Robertsdale PD, Loxley PD and the Baldwin County Sheriff’s Office all responded.

For close neighbors, the dramatic scene unfolded on what had been a peaceful Saturday.

“I heard it was a mobile phone contract,” George Duke said. “I guess they were selling it online, took a bad turn and tried to rob the guy and ended up running off the road, and one of them got away. I had a buddy who said he was a few cars behind when they started shooting. He said it was maybe about 2 or 3 shots he could tell. He said it was crazy.

According to a Robertsdale Police Facebook update, two of the suspects have since been arrested: Latrell Husfelt of Milton, FL and Jaylin Richardson of Daphne. Both charged with robbery and shooting at an occupied vehicle.

The latest suspect, Dorian Richardson of Loxley is still at large and believed to be armed and dangerous.

The search area extends from Thompson Road to Fackler Road.

Robertsdale PD encourages anyone in this area to exercise caution.