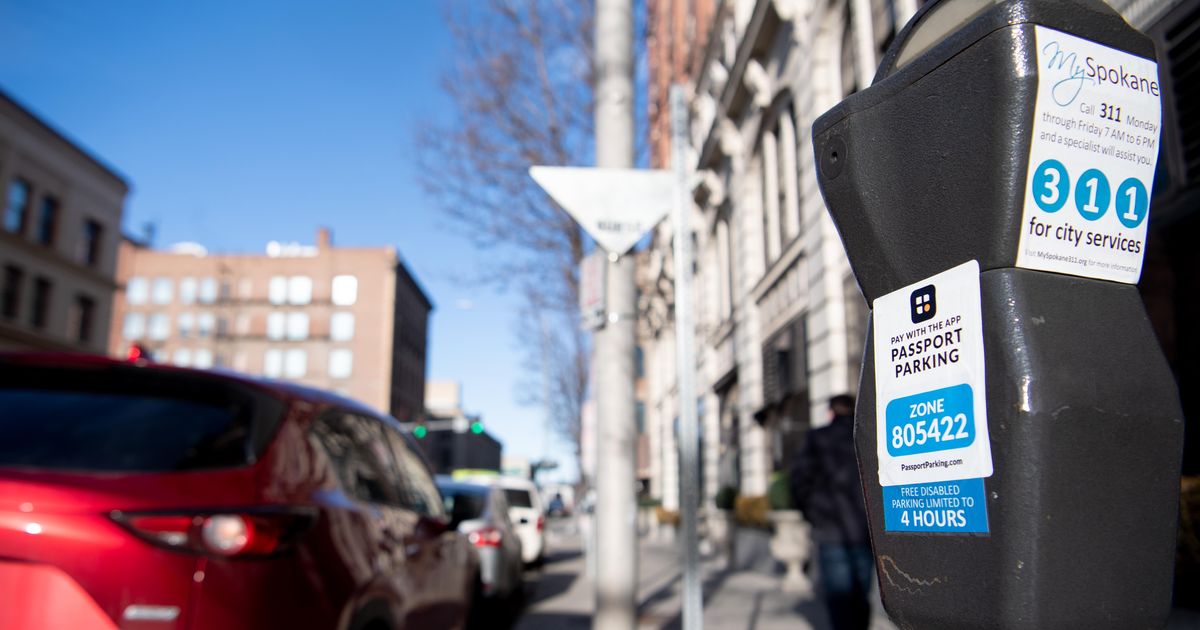 Getting there: Spokane plans to expand mobile payment to parking meters

Tired of taking root under passenger seats and reaching the abyss of their center consoles, the Spokanites instead learn to pay for parking with their mobile devices.

Spokane continues to see increased use of the Passport parking app, and city council is expected to vote Monday on an extension of its contract with the company that operates the service.

The contract, first signed in January 2018, is expected to be renewed as Spokane continues to analyze the future of its downtown parking system, which has been criticized for its countless inefficiencies and confusing inconsistencies in a study published last year by transport consultancy firm Nelson. Nygaard. Depending on the meter at which he stops, a motorist can pay for his parking with a coin, a card or with the app.

Last year, the city hired consultant Dixon Resources Unlimited to help navigate the city’s potential next steps in improving its parking system, the future of which appears to include continued use of mobile apps for payment.

The app is a product of Passport Labs, a company based in Charlotte, North Carolina.

Pending city council approval, the city’s new contract with Passport will be revised to reflect the increase in its use since its launch.

The city pays Passport 10 cents for each transaction recorded by the app. When it signed the first contract with the company, the city budgeted $ 34,000 for these costs. For 2020, the city estimated the costs at $ 106,000.

Of course, that’s always good news for the city, which collects more money through the app than it pays Passport.

“While there is a charge for every transaction using the Passport app, there are also costs associated with customers using coins. City staff must collect, transport, sort and count all parts – a process that takes several hours a day for many staff, ”said Kirstin Davis, spokesperson for the city.

With less time spent managing the coin-operated system, city staff can devote more time to actual enforcement, including responding to complaints in neighborhoods.

The app can be used to pay for parking at any Passport compatible meter or kiosk in town. Although the payment is not reflected on the physical parking meter, the app transmits the license plate number to the parking enforcement officers so they know the time is paid.

The company reported that the numbers compared well with other cities of a similar size to Spokane that have introduced the option of paying by phone in their parking system.

When the app was launched two years ago, around 20,000 transactions were recorded. This figure did not exceed 30,000 during the first six months of operation. But, every month since March, the app has been used more than 40,000 times.

A large majority of the 37,000 downtown parking spaces are on private lots. The city only owns about 15% of the downtown squares, but their use still generated about $ 3.17 million in meter revenue in 2018. In addition, the city raised about $ 1.25 million. dollars in ticket revenue in 2018.

This will be the first time that the city has renewed its contract with Passport. It will expire on January 31, 2021, but can be extended annually until 2023.