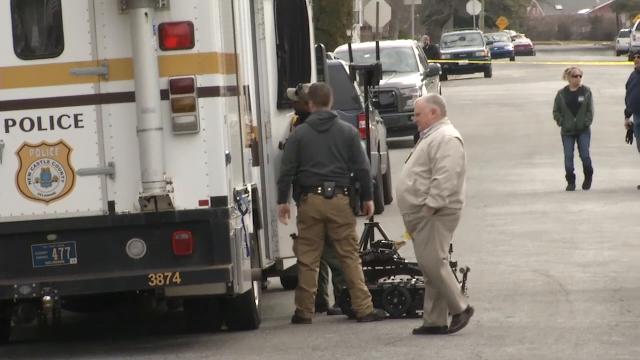 State police on Tuesday accused two teenagers of robbing a man at gunpoint after arranging to meet him via Instagram and sell him a cell phone.

The Soldiers were called around 2 p.m. Tuesday at the Midway Plaza shopping center in the 4600 block of the Kirkwood Freeway in Milltown, Master Corporal said. Michael Austin, Delaware State Police spokesperson.

An 18-year-old man told police he was speaking with another man via Instagram to buy a cell phone and negotiate a price, Austin said. The two agreed to meet in the back alley of the mall to close the sale, he said.

The man who bought the phone was driven by a friend to the meeting place and approached by two men who he said were selling the phone to him, Austin said.

Instead, one of the men pulled out a silver and black handgun, pointed it at the buyer and demanded money, he said. After the victim complied, the two fled on foot, Austin added.

COURTS:Delaware jail murder trial could cost the state much more than money

Detectives were able to identify the two men involved in the robbery as Davine Boyce, 18, of Wilmington, and a 16-year-old boy from Newport.

The two teenagers were then located and transported to Troop 2 where they were arrested and each charged with one count of first degree theft and conspiracy.

Boyce was taken to the Young Correctional Institution in Wilmington instead of $ 11,000 on bail.

Police advised those arranging purchases through online platforms to do the following: