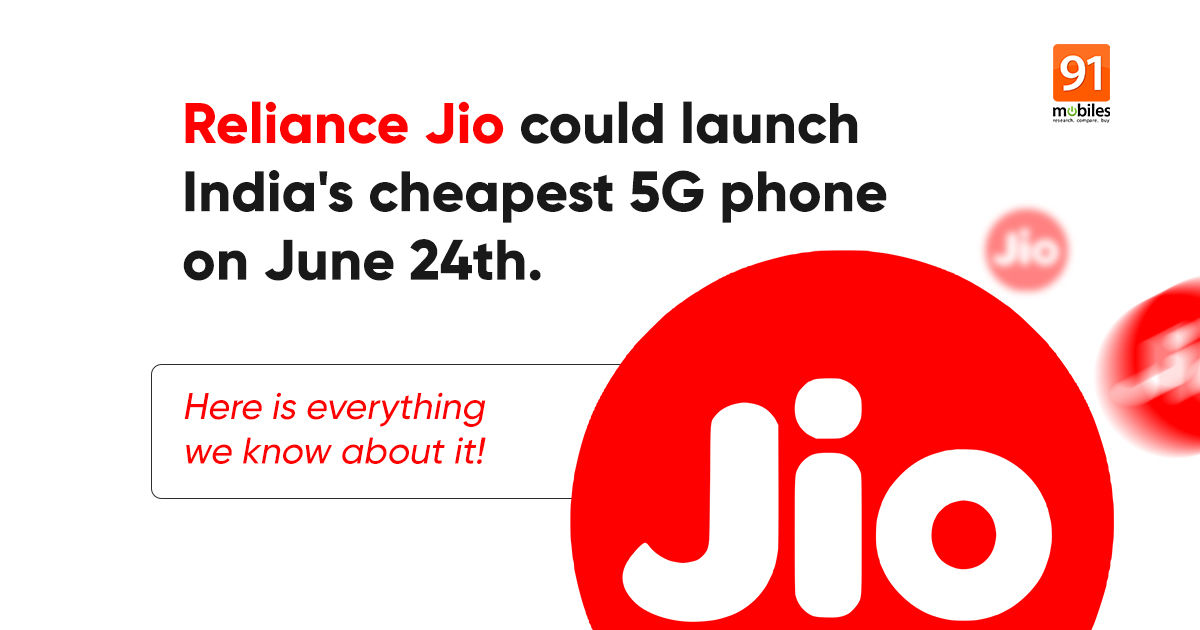 
The launch date for the Jio 5G phone in India is imminent and there are rumors that the device could be announced this month. Over the last few months, we have heard reports about the price of the Jio 5G phone in India and that it is expected to be a very low cost 5G phone for the general public. At last year’s AGM 2020, Reliance Jio announced its partnership with Google to bring affordable Google 5G Jio phones to India. The Jio Google 5G phone has been kept a secret until now, but here are a few things you can expect.

It is widely believed that the launch of the Jio 5G phone in India will take place at Reliance’s 2021 AGM on June 24. The company has yet to confirm this, but it makes sense considering that the first time the Jio-Google phone was mentioned was at last year’s AGM. Reliance’s 2021 AGM will be broadcast live on YouTube starting at 2:00 p.m. IST.

According to several reports in the past, the price of the Jio 5G phone in India could be around 2,500 rupees. The subsidized 5G phone will seek to help millions of existing 2G mobile phone users switch to 5G. Jio will likely offer their 5G phone with the Jio 5G plans, but details on that are slim at the moment. â€œJio wants to bring the device for less than Rs 5,000. When we increase sales, their price can be anywhere between Rs 2,500 and Rs 3,000,â€ a company official told PTI in October.

Reports from last year also mentioned that Jio had asked local manufacturers to increase production and manufacture up to 200 million Jio Android phones by 2021. This will likely include 5G and 4G Android phones. “IHe has worked with assemblers on prototypes for at least two years in secret and can quickly get a phone to market, even if it risks missing Diwali’s shopping season in November, â€sources said. Bloomberg back in September.

The upcoming Jio 5G phone would run on a customized Android version. We don’t know if the device will run on Android Go or a brand new fork of Android. We don’t know what this version of Android looks like yet, but it should be optimized for entry-level phones with little RAM and storage, much like Android Go. Google announced the Android Go initiative as a way to help millions of multifunction phone users in emerging markets like India switch to smartphones. In this way, the ambitions of Google and Jio align organically.

In addition to partnering with Google last year, Jio has also made deals with Qualcomm, Intel, and Facebook, among others. With the Qualcomm partnership, Jio aims to manufacture critical 5G equipment in the country. However, Qualcomm could also provide its 5G mobile chipsets for the upcoming Jio 5G phone. The Snapdragon 480 5G is among the chipmaker’s cheapest 5G mobile processors, but we may be looking at a whole new SoC for entry-level 5G phones.