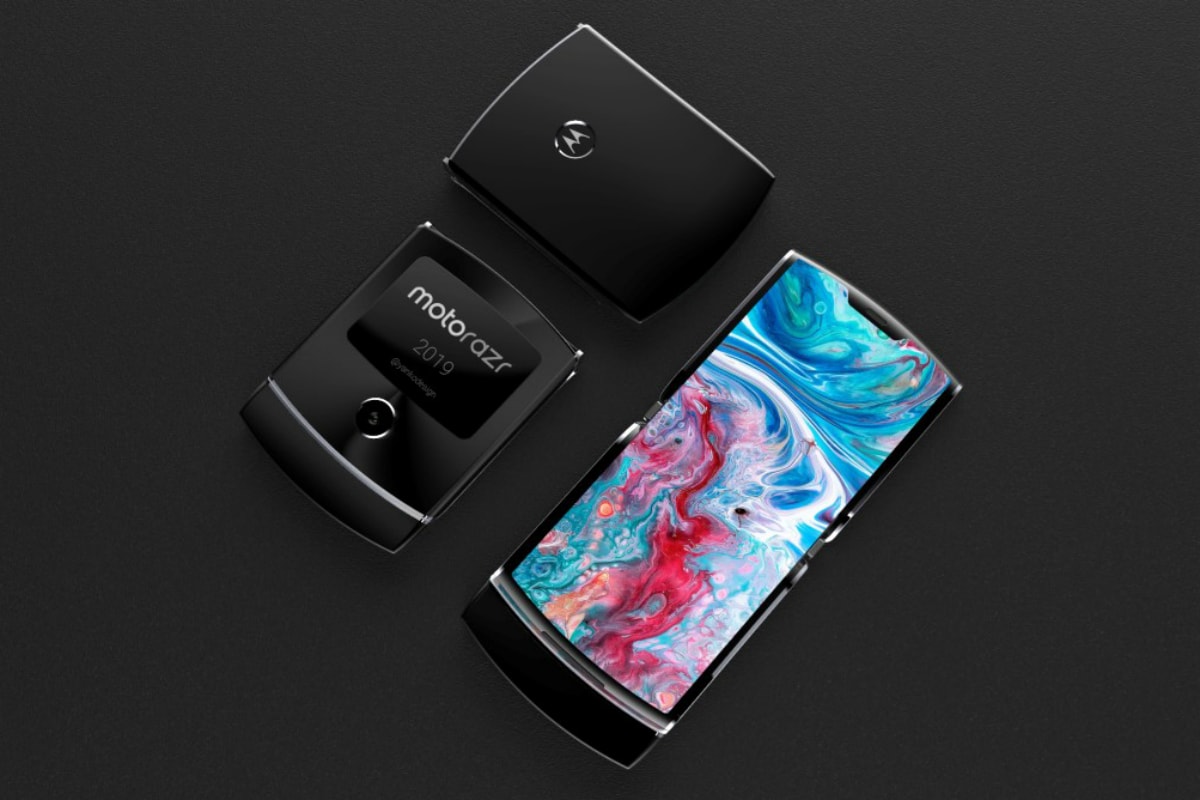 The Motorola Razr foldable smartphone is expected to launch as early as December of this year. The phone is expected to debut in the United States and then in Europe. Earlier this year, a Motorola vice president confirmed plans to launch a foldable phone that is so far considered the Razr 2019 model. The new handset may come with a flexible display that folds twice to give a nostalgic feel to Razr fans. A patent application filed with the World Intellectual Property Organization (WIPO) suggested the design of the foldable phone by the company owned by Lenovo before its official launch.

Dutch website LetsGoDigital, citing someone familiar with the development, reports that the Motorola Razr in a foldable format will launch in Europe in December 2019 or January 2020 with a price tag of around 1,500 EUR (around 1,19,000 Rs. ).

The final design of the Motorola Razr 2019 would be consistent with what we saw in the conceptual renderings created by Sarang Sheth of Yanko Design. The renderings suggested similar construction to previous Razr phones and the presence of a secondary display on the front.

Motorola’s vice president of global products Dan Dery, in a media interview in February, confirmed plans to build a foldable phone. However, he did not disclose whether the phone would debut under the Razr brand.

â€œWe started working on foldables a long time ago,â€ Dery said in the interview. “And we did a lot of iterations.”

A listing on the PMOI site was spotted in January suggesting the foldable phone’s design that appears to include Motorola Razr’s iconic hinge and chin.

Dery in his interview also pointed out that Motorola would take a different approach than Samsung and Huawei took when building their foldable phones and put a single flexible screen that folds twice and features a dual-hinge design.

In May, the Motorola Razr 2019 reportedly received Bluetooth SIG certification with model number XT2000-1. The design and contents of the smartphone’s retail box were also leaked in April, hinting at included headphones and a USB Type-C to 3.5mm adapter.

The Motorola Razr 2019 would come with the Qualcomm Snapdragon 710 SoC, paired with 6GB of RAM and 128GB of onboard storage. In addition, the device is designed to have a 6.2 inch (876×2142 pixels) foldable display alongside a secondary display with a resolution of 600×800 pixels.

2019-08-21
Previous Post: Lava Z62: smartphone features at the price of a smartphone
Next Post: Koodo charges ‘phone credit’ and invoice balance if you cancel early – MobileSyrup