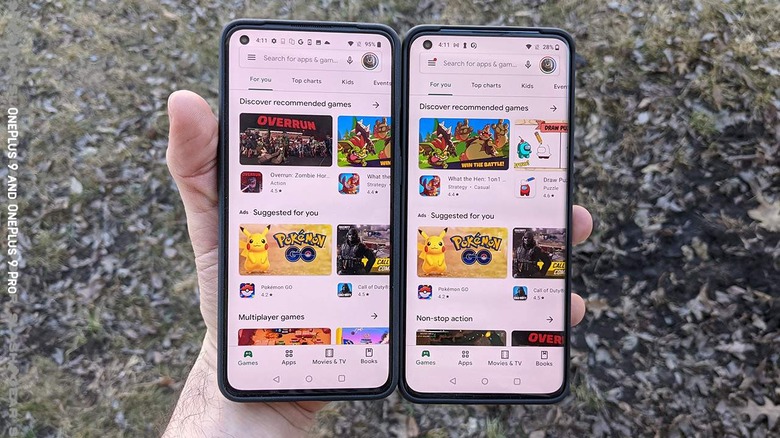 OnePlus foldable Samsung troll halves the price of the phone

After OnePlus made the effort to roam the smartphone universe this week building on Samsung’s foldable event, they now have a real end product. Instead of revealing a foldable device or a dual-screen product like those that have been released in the past by companies like LG, OnePlus basically played a practical joke to get PR attention. The result was a T-Mobile deal that offers something of a 50% discount for the OnePlus 9 5G.

If you start a new service line with T-Mobile USA for a OnePlus 5G on a monthly payment plan “and pay applicable sales tax on the pre-credit price at the time of purchase”, you may “receive up to $375 via 24 monthly bill credits.” If you cancel the service before the end of the aforementioned 24 months, you must contact T-Mobile first. If you don’t, the credits will stop and the balance of the required financing agreement “is due”.

If you’ve never seen the OnePlus 9 before, take a look at our OnePlus 9 Review. This review compares the OnePlus 9 to the OnePlus 9 Pro as they appeared when they were first released earlier this year – March 2021.

There probably aren’t too many reasons why someone would want to buy more than one OnePlus 9 5G device from T-Mobile USA. BUT, they have incorporated this possibility into the promotion, specifying that they will limit the said promotional price to four devices per person. Just in case you need a backup or three?

Also take a look at the original OnePlus troll post. There you will also see how much of a joke it was, but… there are also indications that OnePlus and/or OPPO might release a device not quite different from what they used here to launch the trolling. Meanwhile, Samsung has unveiled a new Galaxy Z Fold 3 foldable smartphone which will be released at the end of this month, worldwide.