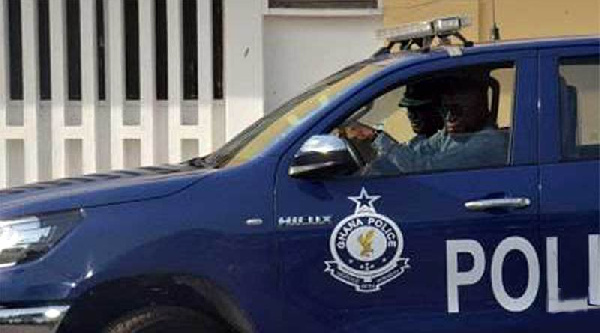 Two men, Evans Addo, 42, and Godfred Akrofi, 32, were arrested by the Accra Regional Police Command for assaulting a policeman at Kwame Nkrumah Circle in Accra.

Police officer Nii Okay Sampa was severely assaulted at around 3:30 p.m. on Monday when he prevented a victim from selling a fake cell phone.

She said when he arrived he saw a group of men harassing and searching a man. Therefore, Agent Sampa approached them with the intention of resolving the issue.

DSP Obeng said the victim explained to the police officer that he wanted to buy a phone, the price of which he had negotiated and made a deal with the seller.

However, she said the seller got the victim into a heated argument over the price, but the issue was resolved by the police after the victim explained what was happening to him.

DSP Obeng said the seller asked the victim to give him the phone so he could pack it for him after payment was made.

All the while, she said the officer watched and noticed the salesperson trying to change the phone they agreed to.

She said that suddenly a group of men, including suspects Evans Addo and Godfred Akrofi, pounced on the officer and hit him on the lips, causing a cut on his upper lip, took him down. beaten until he was bleeding profusely and seriously injured him.

DSP Juliana said they opened the pocket where he kept the original phone, the fake phone and the phone case again and took them away from him.

The policeman, during the attack, was rescued by the patrol team patrolling the area at the time, she said.

DSP Obeng said the two suspects had been arrested by the patrol team and the investigation into the case had started. The suspects will be brought to justice in court.

DSP Obeng further stated that the command would not hesitate to treat ruthlessly any individual or group of people guilty of obstructing or attacking the police in carrying out their legal duties.

She encouraged members of the general public to voice their concerns through the Police Public Affairs Unit for appropriate assistance.